In 1971, Pirates pitcher Steve Blass went 15-8, recorded five shutouts, posted a 2.85 ERA, a 1.23 WHIP, and was second in World Series MVP voting after throwing two complete game wins against the Orioles. He followed that season by finishing second in the 1972 Cy Young vote after going 19-8 with a 2.49 ERA and a 1.25 WHIP. Then, in ’73, one of the greatest baseball mysteries of all time occurred. Blass went from one of the league’s best pitchers, to one of its worst.

His struggles came because he seemed to completely lose control over where his pitches were going, and he soon became a guy that hitters couldn’t wait to face. He went on to finish the season with a 3-9 record, a 9.85 ERA, and a 2.18 WHIP. His sudden decline was especially astounding because he went from striking out 117 and walking 84 in 249 innings pitched in ’72, to fanning just 27 while giving a free pass to 84 in just 88 innings in ‘73. He never recovered, and after sputtering in the minors for the majority of the ’74 season, he finally called it quits in 1975.

Ever since his epic drop-off, Blass’ name has managed to stay relevant. Not only has he been the broadcast announcer for the Pirates since 1986, but he’s also the source of a baseball lexicon. Whenever a player loses control of where they throw the ball similar to the way Blass did, they are said to be suffering from the “Steve Blass Disease”. While it’s a somewhat rare ailment, its most noteworthy recent victim is Rick Ankiel, who was forced to switch from a pitcher to an outfielder when he was struck by the "disease."

Top 10 Most Hated People in Sports 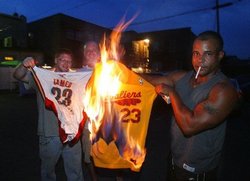 Top 10 Heartbreaking Moments for a City 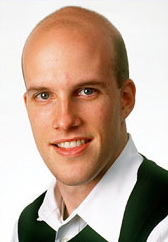